Between 2022-2018, as a principal engineer in Arm's Machine Learning Group, I worked with David Mansell and Ian Bratt, analysing neural networks of future use-cases, identifying the most relevant operations and data patterns, capturing key insights with data science techniques to advance real-world performance of Arm's new software and hardware solutions.

Between 2016-2017 I worked with Paul Hughes in Arm's Architecture and Technology Group, as member of the Intelligent Machines Future System Design team, analysing and prototyping computer vision and ML subsystems for ADAS.

In 2012 I joined Arm's Processor Division working in system architecture and heterogeneous computing projects with Charles Garcia-Tobin and Jason Parker.

I have a Ph. D. in Computer Science from University of Girona. My research concerned with parallel efficient data structures for data visualization, geometric modeling, image-based representations and ray-tracing.

Designed and developed innovative predictive model for CPUs & GPUs, for high-performance selection of kernels implementations of GEMM (General Matrix Multiply) and convolutions, within Machine Learning use-cases; choosing the right implementation in microseconds is crucial through fast and general heuristics. 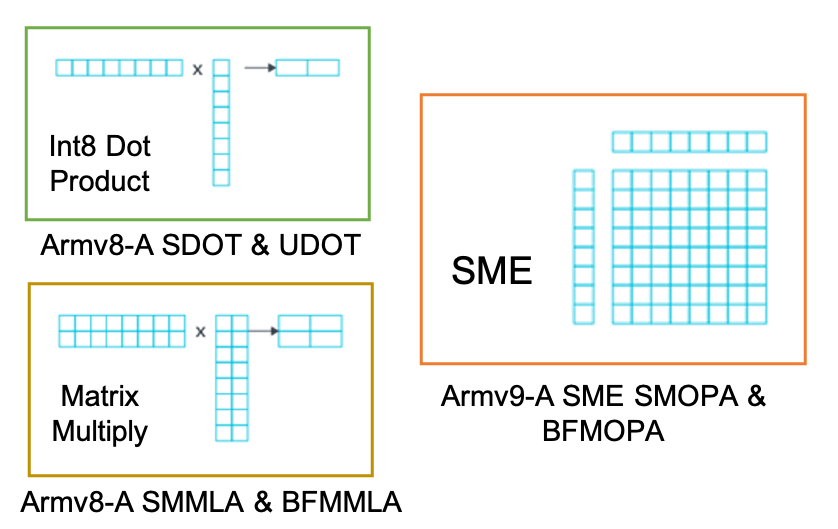 Investigated deep neural networks for future use-cases, analysing them and breaking them down to distill the most relevant operations and data patterns, capturing key insights with data science techniques, to then drive new software and hardware solutions.

Investigated the impact of SVE (Scalable Vector Extension) instruction set in computer vision workloads, exploiting as much data-level parallelism as possible, with new instructions and vector lengths that scale from 128 to 2048 bits.

Note: Other experimental projects can be provided upon request.

2013 Best Ph.D. Thesis Award of the School of Computer Science

Best Ph.D. Thesis Award of the School of Computer Science 2013
University of Girona

The focus of this study is to design and provide time- and space-efficient parallel data structures and algorithms for real-time rendering and general-purpose GPU applications. A large number of operations in computer graphics are concerned with the process of collecting spatial data in a computer’s memory, in such a way that the information can be subsequently recovered as quickly as possible in order to be processed and generate a screen image in real-time. In this context, it is important to retain and organize the spatial data in such a way that fast retrieval and evaluation are possible. This thesis introduces three specific representations of spatial data with efficient parallel random-access for interactive rendering applications. Surface and volume representations of different topology and sparsity are handled with efficient encoding and rendering algorithms, where the key idea is to create a mapping of the input data to a virtual grid, which naturally suits for parallel graphics processing units with a Single Instruction, Multiple Data (SIMD) programming model. The proposed approaches create a coarse lattice in which each cell contains a local description of surface and volume information, required for rendering such regions of the domain. This low-bandwidth localized memory access pattern is increasingly advantageous in many-core architectures, were the usage of random-access parallel data structures is crucial to provide fast rendering speed and good visual quality.

In this paper we propose a sketch-based editable polycube mapping method that, given a general mesh and a simple polycube that coarsely resembles the shape of the object, plus sketched features indicating relevant correspondences between the two, provides a uniform, regular and user-controllable quads-only mesh that can be used as a basis structure for subdivision. Large scale models with complex geometry and topology can be processed efficiently with simple, intuitive operations. We show that the simple, intuitive nature of the polycube map is a substantial advantage from the point of view of the interface by demonstrating a series of applications, including kit-basing, shape morphing, painting over the parameterization domain, and GPU-friendly tessellated subdivision displacement, where the user is also able to control the number of patches in the base mesh by the construction of the base polycube.

Recent spatial hashing schemes hash millions of keys in parallel, compacting sparse spatial data in small hash tables while still allowing for fast access from the GPU. Unfortunately, available schemes suffer from two drawbacks: Multiple runs of the construction process are often required before success, and the random nature of the hash functions decreases access performance. We introduce a new parallel hashing scheme which reaches high load factor with a very low failure rate. In addition our scheme has the unique advantage to exploit coherence in the data and the access patterns for faster performance. Compared to existing approaches, it exhibits much greater locality of memory accesses and consistent execution paths within groups of threads. This is especially well suited to Computer Graphics applications, where spatial coherence is common. In absence of coherence our scheme performs similarly to previous methods, but does not suffer from construction failures. Our scheme is based on the Robin Hood scheme modified to quickly abort queries of keys that are not in the table, and to preserve coherence. We demonstrate our scheme on a variety of data sets. We analyze construction and access performance, as well as cache and threads behavior.

In this paper we propose an editable polycube mapping method that, given an arbitrary high-resolution polygonal mesh and a simple polycube representation plus optional sketched features indicating relevant correspondences between the two, provides a uniform, regular and artist-controllable quads-only mesh with a parameterized subdivision scheme. The method introduces a global parameterization, based on a divide and conquer strategy, which allows to create polycube-maps with a much smaller number of patches, and gives the user much more control over the quality of the induced subdivision surface. All this makes it a practical method for real-time rendering on modern hardware (e.g. OGL 4.1 and D3D11 tessellation hardware). By sketching these correspondence features, processing large-scale models with complex geometry and topology is now feasible. This is crucial for obtaining watertight displaced Catmull-Clark subdivision surfaces and high-quality texturing on real-time applications.

Preserving details from a high resolution reference model onto lower resolution models is a complex, and sometimes daunting, task as manual intervention is required to correct texture misplacements. Inverse Geometric Textures (IGT) is a parameterization independent texturing technique that allows preservation of texture details from a high resolution reference model onto lower resolutions, generated with a given simplification method. IGT uses a parameterization defined on the reference model to generate an inversely parameterized texture that stores, for each texel, a list of all triangles that mapped onto it. This way, for any valid texture coordinate, IGT can know the point and the triangle of the detailed model that was projected, allowing application of details from the reference model onto the fragment from the low-resolution model. IGT is encoded in compact data structures and can be evaluated quickly. Furthermore, the high resolution model can have its own independent, secondary parameterization, so that no additional effort is required to directly use artist-designed content.

Master thesis in Computing, 2007; from the University of Girona and the UPC Barcelona Tech; advised by Dr. Gustavo Patow and Prof. Mateu Sbert [pdf]

This paper presents a technique to render in real time complex trees using billboard clouds as an impostor simplification for the original polygonal tree, combined with a new texture-based representation for the foliage. The technique provides several new contributions with respect to previous approaches. The new algorithm allows progressive level of detail both at the geometric and at the shader levels. It also preserves the parallax effects of the original polygonal model keeping leaf positions, orientations, and preserving the overlapping of the leaves as seen from any view point. In addition, the texture-based representation provides high-definition close views without introducing high memory requeriments. We adapted a realistic lighting model with soft shadows and a global illumination precomputation, allowing to render highly complex scenes with thousands of trees in real time.

This paper presents a simple method to render complex trees on high frame rates while maintaining parallax effects. Based on the recognition that a planar impostor is accurate if the represented polygon is in its plane, we find an impostor for each of those groups of tree leaves that lie approximately in the same plane. The groups are built automatically by a clustering algorithm. Unlike billboards, these impostors are not rotated when the camera moves, thus the expected parallax effects are provided. On the other hand, clustering allows the replacement of a large number of leaves by a single semi-transparent quadrilateral, which improves rendering time considerably. Our impostors well represent the tree from any direction and provide accurate depth values, thus the method is also good for shadow computation.

From 2010 to 2011 Multimedia and computing technologies,

From 2009 to 2010 Multimedia and computing technologies,

From 2007 to 2008 Effective audio-visual presentations,

From the University of Girona, and the UPC Barcelona Tech

From November 2007 to July 2010 CALBaD: Computer Aided Light Based Design

From September 2004 to April 2007 Gametools Project

From February 2005 to May 2005 Research undergraduate intership